Many world’s leading countries have established national groups on analysis and support of bank-to-corporate practices on financial market (Corporate-to-Bank Market Practice Group). Their activity is coordinated by international ISO Community Working group, for example - Common Global Implementation (CGI) international forum. These groups are aimed at working out uniform requirements and recommendations on creation and usage of SWIFT messages on basis of ISO 20022 standard and with regard to national regulatory aspects.

Russian Corporate-to-Bank Market Practice Group (RU-СMPG) was established in November 2012. RU-CMPG has prepared “ISO 20022 Message Implementation Guide for transmission of financial messages between bank and corporation according to requirements of the National Payment System” (ISO20022.RU). ISO20022.RU contains main aspects of filling of payment messages and cash management messages on Russian financial market by corporates. This document is annually updated in accordance with the updates of ISO 20022 standards, changes in Russian legislation, users’ requests and comments.

The activity of RU-CMPG is subject of the Regulation approved by ROSSWIFT Steering Committee. Georgy Chirkov is Acting Chairperson of RU-CMPG.

CMPG consists of about 100 representatives of regulators and above 50 banks, corporations and vendors.

Within the framework of its activity RU-CMPG has made significant progress in clarifying the arrangements for using SWIFT digital signature by Russian corporates. Following the request of RU-CMPG the Bank of Russia provided official interpretation on several relevant regulatory acts. 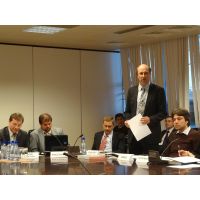 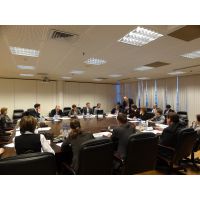 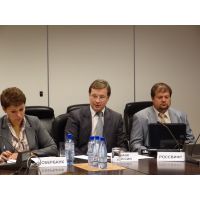 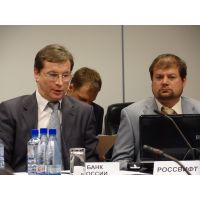